As the call for submissions to LSE Research Festival Exhibition 2015 is launched, several of the School’s academics who exhibited photographs and films last year tell us about the benefits for their teaching of communicating research in visual form.

Sylvia Chant, Professor in LSE’s Department of Geography and Environment, has submitted photographs to two Research Festival exhibitions and is a great believer in visuals being able to tell a story just as well, if not more effectively, than the written word.

Her photographs for the 2014 exhibition were of adolescent girls at a ‘Dropping of the Knife’ celebration in Wassu in the Upper River Region of The Gambia, in April 2013, at which thirty circumcisors pledged to abandon the practice of Female Genital Mutilation/Cutting. Professor Chant observed and spoke at the event as a guest of GAMCOTRAP, an NGO with which she became involved as part of her work on gender and poverty and which has been campaigning to eliminate the practice since the early 1980s. ‘From my experience, it is the anecdotes about the lives of people who have formed part of one’s research, how one went about fieldwork in different localities, the stories of what you, as a lecturer, have done in the public and policy domain which help to make ideas and arguments more accessible and really grab students’ attention,’ she says. And, of the photographs themselves: ‘Opportunities for taking one’s research beyond textbooks and journal articles are critical for teaching at LSE, where students at all levels, and from their extensive range of geographical and disciplinary backgrounds, are eager to see theory translated into practice, and to engage with impact.’

Professor of Mathematics Bernhard von Stengel considers the film he exhibited, Pretty pictures and diagrams, as a continuation and a refinement of the presentation styles he already practises. ‘I created a film that was a voice-recorded screen presentation about my research. I did not have any editing software so it was all presented in a single take, which I had to attempt several times. Despite this challenge – which in any case is similar to a classroom situation – the videos showed me that I could be even more explicit in step-by-step slide presentations.’ Professor von Stengel is now considering creating more short films specifically for teaching.

Another of the films at last year’s Research Festival Exhibition was made by Professor of Law and LSE’s Doctoral Training Centre Director Linda Mulcahy. Street art was ‘the result of months of ethnographic research I had conducted in Shoreditch,’ she says. ‘That research culminated in a draft of an article, but it seemed rather strange to be producing work on images in the written form, so I decided to use the Research Festival to experiment with producing a short film.’ Of the response to her film from students and visitors to the exhibition: ‘I found that a film was a really good way to seduce audiences into an academic debate. I also learnt a lot from their reactions and have subsequently changed the order of images and text which accompanied them. I’ve used the film in conferences involving artists and architects and found that the medium is a really good way to cross disciplinary boundaries and to present some complex questions in an accessible way. … I intend to use more short films in my teaching to outline key issues covered in lectures.’

The full length interview with Sylvia Chant (from which the above extract is taken) has been published on the LSE Research Festival blog.

Dr Deen Sharp featured in a recent documentary on domicide 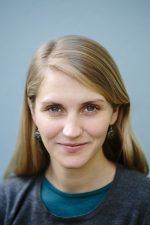