[originally published on the Africa at LSE blog]

Travelling abroad to the West may be high risk, but it is one many Gambians are prepared to take in the pursuit of better economic opportunities. In this post, LSE’s Sylvia Chant explores the routes abroad for some Gambians and how they make their way back.

Although exact numbers are not known, the tiny West African nation of The Gambia, which in itself is comprised of around one-fifth of migrants from other parts of Africa (especially neighbouring nations such as Guinea, Guinea Bissau, Mali, and Sierra Leone), allegedly possesses a diasporic population of up to 70,000. This represents around 4% of the national total, making The Gambia’s net migration rate (migrants per 1000 people), the tenth highest in Africa (Kebbeh, 2013).

Movement into, and out of, The Gambia, has a history which stretches back centuries, not least on account of the slave trade (see Kebbeh, 2013). In the contemporary period, however, flows are more diverse and of differing durations.   For example, there is considerable short-term (including daily) cross-border transit between Gambia and the encircling territory of Senegal, with which it was once joined in the Senegambia Federation, as well as longer-distance and longer-term sojourns.   Many international migrants are in other ECOWAS states such as Nigeria, while others move to North African countries. These often serve as stepping stones en route to Mediterranean islands such as Malta, and thence to the much-coveted eventual destination of hardcore ‘Babylon’, a colloquial term referring to the ‘advanced economies’ of the ‘West’. Yet as many North African countries have become far less manageable staging posts in the aftermath of the instability instigated by the ‘Arab Spring’ of 2011, journeys by sea have become much more precarious. Going the ‘back way’, as it is commonly referred to, is more high risk than ever. If rafts and fishing boats overloaded with people are not apprehended and returned by Spanish ships patrolling the waters of the eastern Atlantic around Gambia’s capital, Banjul, then there are strong chances that deception, dispossession and/or death by drowning becomes the fate of aspirant voyagers at later stages of their journey. The most uncertain and dangerous routes to migration to Europe, especially to the principal destinations of Spain and the UK, are often undertaken by young men, who, facing few opportunities for employment in The Gambia itself, often risk life, limb, and savings, to explore ‘greener pastures’ abroad (Jones and Chant, 2009). Recent media also reports a growing contingent of ‘pre-teen’ travellers, with a letter to The Standard newspaper, September 2014, sounding alarm bells about a trio of returned boy migrants, one of whom explained in the context of personal hardship and a desire for better living conditions: ‘I have seen a lot of people who embarked on the journey and reached Europe successfully and are now building some nice houses for their families here. I want to do the same for my mother’.

Deploring this situation, the author of the letter, Nyima Lena Dibba, a woman from Bakau in Greater Banjul, insists that: ‘The issue of the perilous migration by sea to Europe by Africans and by many Gambians, now even preteens, at the age of as young as eight is a great cause for concern not only for parents and the government, but the country’s future as well. Children as young as eight are embarking on this life-threatening journey which saw (sic) the lives of many Gambian youths perish in the wild seas. An urgent reply is needed to curb this menace’. 1

As with economic migrants across the globe, the particular appeal of ‘Babylon’ owes to the lure of better education and employment, more lucrative earnings, and the opportunity to support immediate and extended family back home. The chances of facilitating the passage of other kin and friends also figure large in the consciousness and conjectures of transnational migrants.

Gambia’s international tourism industry has played a major part in sustaining international movement in a context in which clampdowns on British and other Global North visas post the 1994 coup by incumbent President Yahya Jammeh has meant that one of the only hopes of young migrants to move abroad has been to forge personal, and often intimate, relationships with foreign women or men. These age-dissociative, cross-national unions often fail to sustain themselves in the long term, and are frequently parodied and derided in popular culture within and beyond The Gambia (Chant and Evans, 2010; Chant and Touray, 2012; Jassey, 2005; Nyanzi, 2010; Nyanzi et al, 2005).

Yet such relationships continue to emerge, and in the short term, at least, provide numerous informal channels of communication, support and symbiosis, whereby gifts of money, clothes and consumer items, pledges of paying school fees, assistance with visa applications, and holiday opportunities in colder climates reign large.

More visible, formal, signs of transnational interconnectedness are everywhere, particularly in the numerous banks and foreign exchange bureaux offering the rapid transfer of remittances, something which is especially marked during Ramadan and Eid when the majority Muslim population fall under the most intense economic pressure of their annual calendar. During this time, financial businesses typically incentivise their clientele by offering free gifts, such as bags of sugar or rice, or phone credit, for each remittance transaction. According to recent World Bank data, cited by Kebbeh (2013: Figure 3), incoming remittances render The Gambia among the topmost recipients in Africa, with the monies transferred estimated to contribute nearly 10% of GDP. A rising number of banks also offer ‘diaspora accounts’ to overseas workers, which, in further reducing transaction costs, ensures more income flows back to The Gambia.

With the rise of mobile telephony, including smart phones, which frequently find their way into the country in the hand luggage of diasporic friends, relatives and lovers, The Gambia’s increasing number of providers also compete with one another to reduce the price of international calls and roaming charges, ensuring that communications with relatives and friends are sustained, as well as the profitability of the numerous local small-scale businesses which emerge and flourish on the basis of diasporic and global connectedness. Indeed, the competitiveness of the big providers often hinges on the use of petty vendors in their distribution chains, as also noted in Kenya with reference to the successful major corporation, Safaricom (see Kinyanjui, 2014:118).

Also flourishing in the wake of the digital/ICT revolution, is the power of Gambian citizens to readily access global social media, especially following the installation of the ACE (African Coast to Europe) submarine cable activated in December 2012.

The tendency for ‘one-way’ traffic of phones and other goods exported from the diaspora back home – such as second-hand clothes, bicycles, furniture, computing equipment and household effects – finds notable expression in the huge number of containers which end-up becoming permanent features of the urban (and rural) landscape of The Gambia. Once the merchandise sent from Europe or North America has been sold, often in impromptu locations such as walls and trees, the containers, which can rarely be returned due to the huge costs involved, convert to commercial use for local products, such as soft drink and beers, storage, and sometimes an extension to dwellings. This, in turn, has led to a notable rise in the marketing of containers themselves.

The economic benefits of international migration must always be weighed by the emotional sacrifices made by those who go and those who stay – lovers, spouses, relatives, friends – who are often separated for years. The excitement of receiving long-term returnees is such that Gambians will go to the country’s only international airport at Yundum hours in advance of their flight arrival, and also let their feelings be known in public places.

And in the course of diasporic symbioses, seeds are borne of strength in indigenous offerings and enterprises. International remittances help to fund local businesses, which in their turn exhort fairer global terms of trade and opportunity. Diaspora is never a one-way street …

Thanks are due to Professor Cathy McIlwaine, Queen Mary, University of London, for her comments on a previous draft of this essay.

Chant, Sylvia and Touray, Isatou (2012) Gender in The Gambia in Retrospect and Prospect, GAMCOTRAP Working Paper 1, Kanifing: The Gambia

Jassey, Katja (2005) ‘In the Eyes of the Beholder: Male and Female Agency in Relation to “Race”, Sexuality, Love and Money’. Paper presented at the workshop on ‘Sex and Gender in Africa: Critical and Feminist Approaches During Nordic Africa Days’, Nordic Africa Institute, Uppsala, Sweden, 30 September-2 October.

Jones, Gareth A. and Chant, Sylvia (2009) ‘Globalising Initiatives for Gender Equality and Poverty Reduction: Exploring “Failure” with Reference to Education and Work Among Urban Youth in The Gambia and Ghana’, Geoforum, Vol 40, No.2, pp.184-96.

Kinyanjui, Mary Njeri (2014) Women and the Informal Economy in Urban Africa: From the Margins to the Centre (Uppsala/London: NordiskAfrikainstutet/Zed). 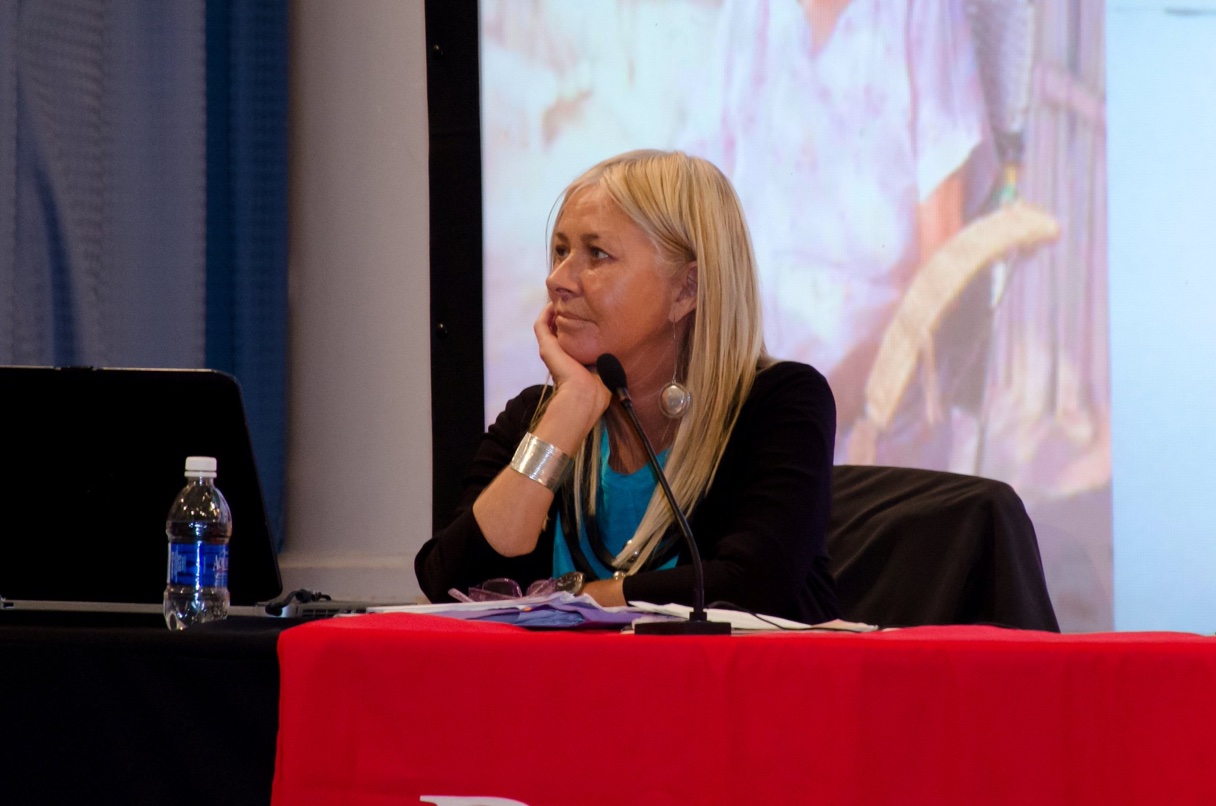 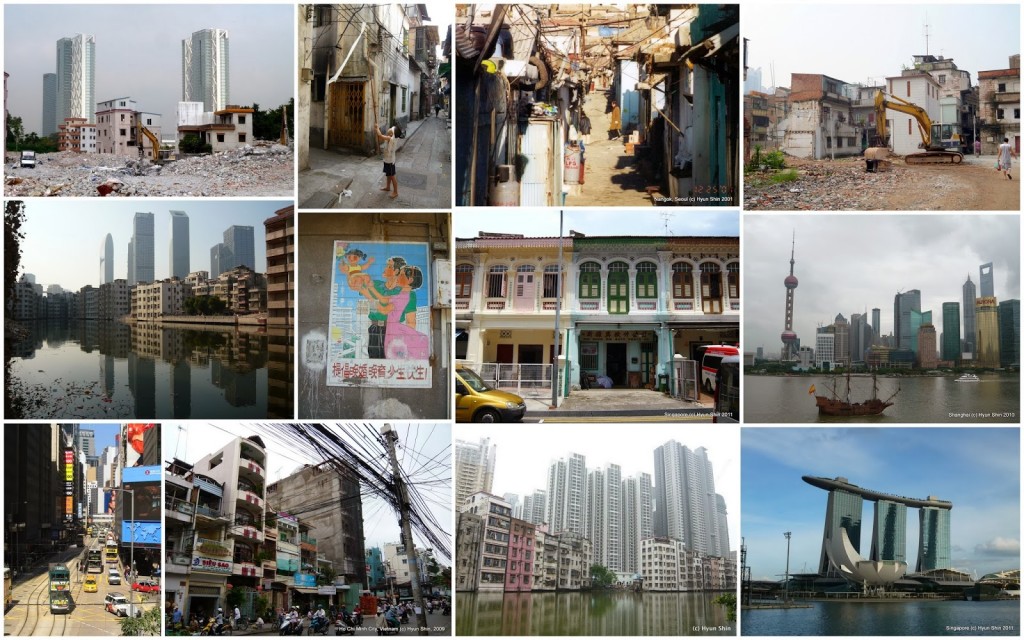