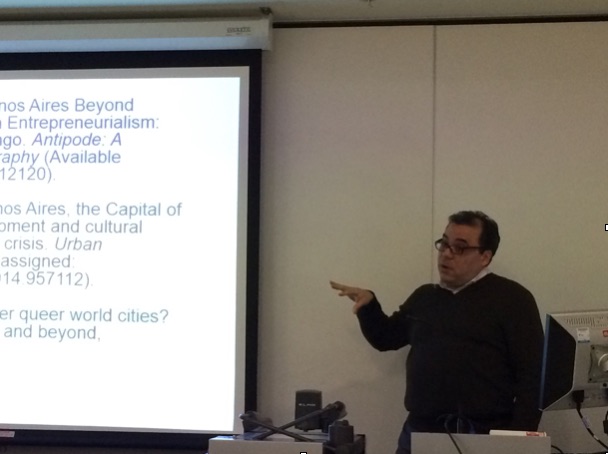 Dr Kanai spoke in the CSD (Cities, Space and Development) seminar series about his research in Buenos Aires, focusing on urban-cultural politics and the emergence of a queer tango scene. Initially, he discussed the shift in Argentinian oppositional politics following the 2001 economic crisis and the subsequent rise of intense urban entrepreneurialism. In its bid to become a ‘world-class city’, Buenos Aires has begun to frame its urban development policies around international tourism – particularly by selling itself as ‘gay-friendly’. The city, which has seen a rise in tourism across the past decade – receiving 2.6 million visitors at its peak in 2013, has produced some seemingly progressive policies which allow same-sex marriage and licences for those without established residency. As Dr Kanai pointed out, however, new homo-normative policies were achieved with a consistent focus on visitors, meaning that many local residents were excluded, both symbolically and economically, from new exclusive zones. A metropolitan queerness was established in relation to a wealthy centre at the expense of the (generally) poorer urban periphery.

The touristification of the city’s culture was said to be further cemented by the arrival of new festivals and the re-emergence of an active tango scene. Buenos Aires now plays host to the World Tango Dance Tournament, organised each August to coincide with European and North American summer holidays. Tango, as Dr Kanai explained, became a core strategy for marketing Buenos Aires as a new holiday destination, a brand for the city. As well as these official, publicised and ticketed tango events, aimed at those who could afford them, there was also a revival of other kinds of tango, often in the public space and free for all. Amongst these movements, there was an increase in the queering of tango – a cultural form beyond state recognition that challenged heavily ritualised gender norms. Dr Kanai went on to describe the trans-local solidarity that formed the queer-tango movement, and the new relationships that were produced between the city and other spaces.

Dr Kanai’s extensive research and compelling talk raised a number of important points for geographers (and other social scientists). He highlighted the importance of understanding the cross fertilisation of literature on urban globalisation and geographies of sexuality/queerness, as well as explaining different forms of citizen activism. As he clarified during the questions after his lecture, the city policy in Buenos Aires, which was contemporaneously homo-normative and hetero-normative, needs to be understood in its entirety, as only then can you see it is ultimately flattening the more radical, intersectional queer politics.

Laura Antona is a research student in the Department of Geography and Environment. 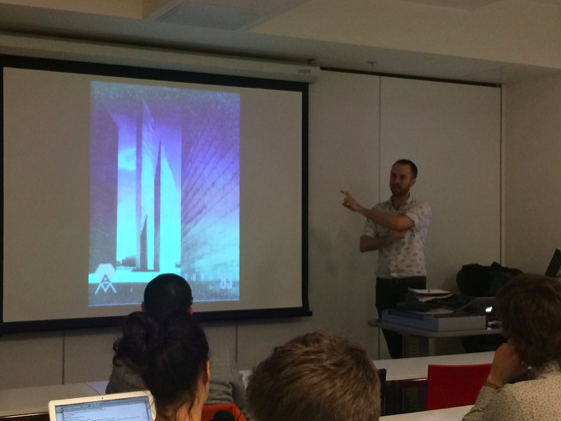 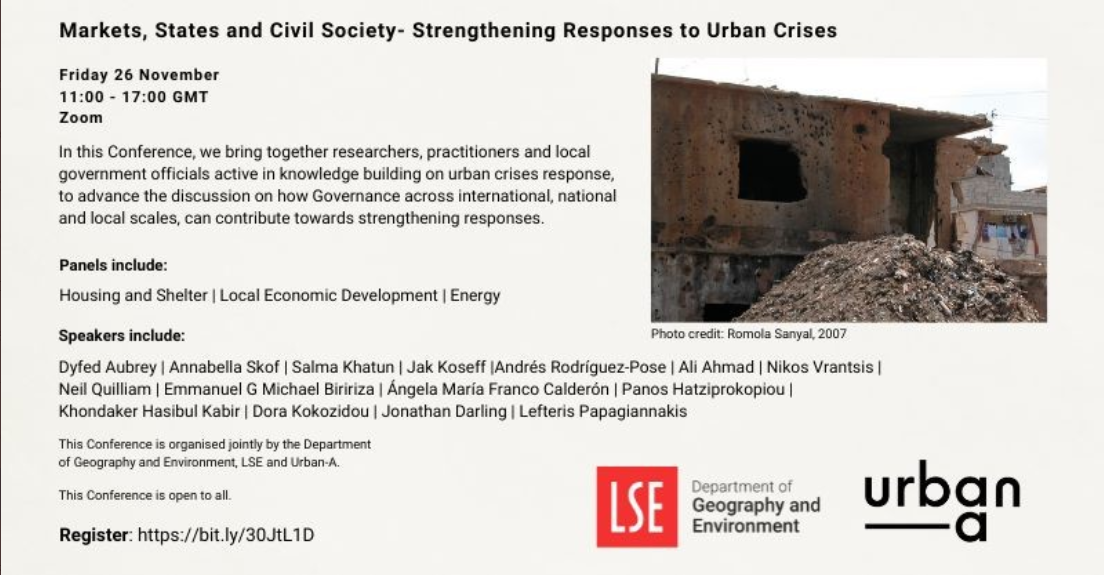 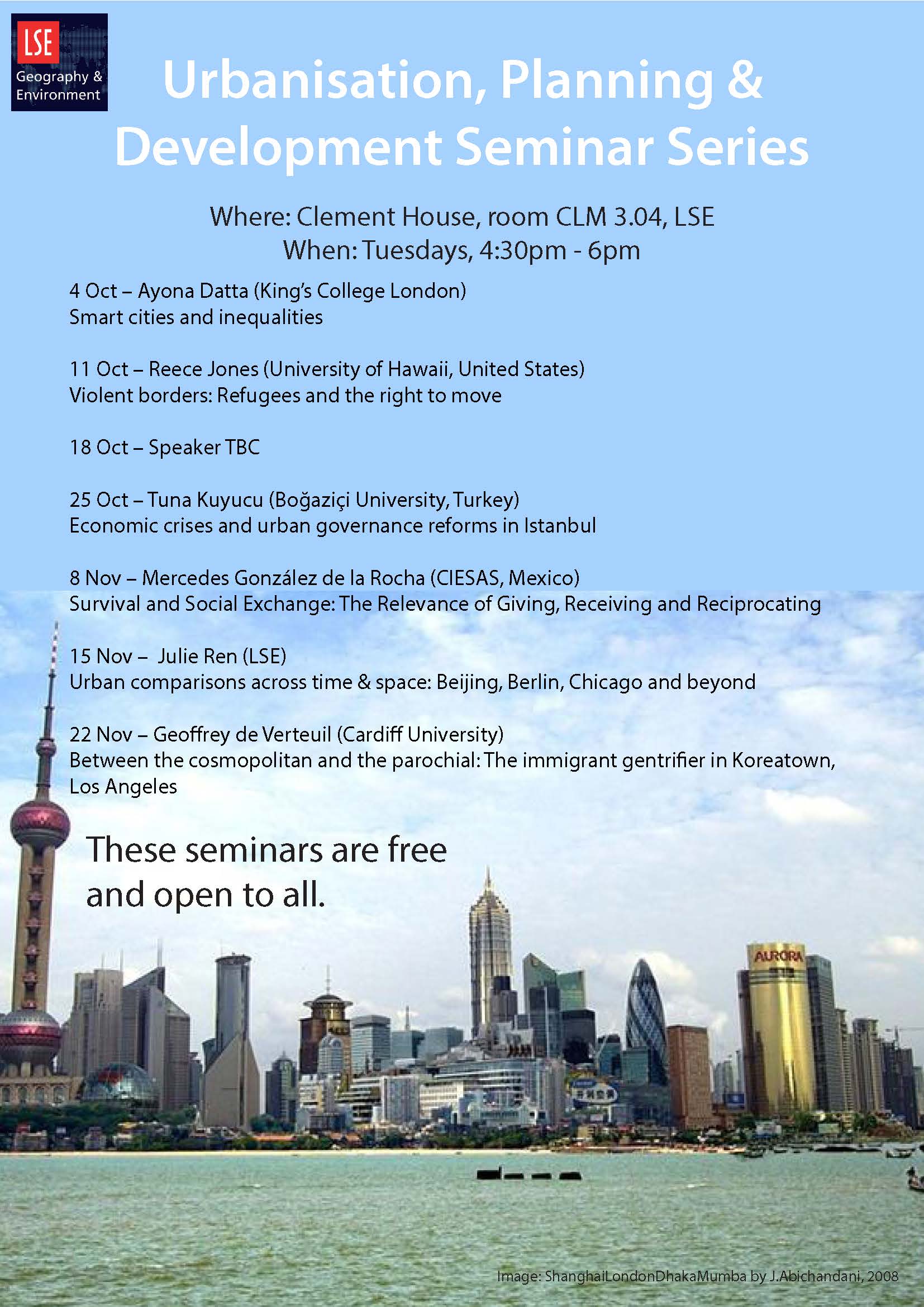