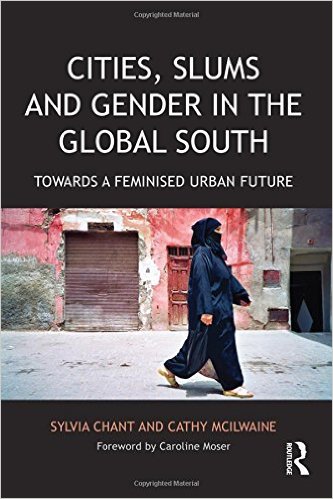 Developing regions are set to account for the vast majority of future urban growth, and women and girls will become the majority inhabitants of these locations in the Global South. This is one of the first books to detail the challenges facing poorer segments of the female population who commonly reside in ‘slums’. It explores the variegated disadvantages of urban poverty and slum-dwelling from a gender perspective.

This book revolves around conceptualisation of the ‘gender-urban-slum interface’ which explains key elements to understanding women’s experiences in slum environments. It has a specific focus on the ways in which gender inequalities are can be entrenched but also alleviated. Included is a review of the demographic factors which are increasingly making cities everywhere ‘feminised spaces’, such as increased rural-urban migration among women, demographic ageing, and rising proportions of female-headed households in urban areas. Discussions focus in particular on education, paid and unpaid work, access to land, property and urban services, violence, intra-urban mobility, and political participation and representation.

1 thought on “Cities, Slums and Gender in the Global South: Towards a Feminised Urban Future”